GET A FREE SAMPLE
SHARES

SKYLAB LCS6260 is a smart iot wireless module for lighting control. The gadget assumes installation in two-button switches and is compatible with the voice assistant, Google Assistant.

Design of the iot wireless module

The iot wireless module is made of durable snow-white heat-resistant material, it is not afraid to work even with powerful devices. To install the module, it is necessary to mount it in the already installed switch.

The module is important for indoor installation only and is not suitable for outdoor use or in wet rooms. The device is important in the temperature range from 0 to +40 ° C. The dimensions of the device are 51 × 17 × 46 mm.

How does iot wireless module works?

The device control module makes it possible to turn on and off equipment using the application. Moreover, it is useful for the voice assistant by connecting the outlet via Wi-Fi. For it to work, you need to mount the device in an existing two-button switch, and then connect it to the application.

A special application makes it possible not only to turn on and off devices, but also allows you to collect and view statistics on energy consumption. We can program the iot wireless module according to the operating scenario and set up a schedule for turning the devices on and off. Even if the power is turned off, the outlet will retain all settings.

What is the role of wi-fi adapter?

Some adapter models can be important as access points. By connecting such a device to a personal computer, it can make an independent source of distribution of a wireless network connection.

The types of WI-FI adapters depend on the method of connecting to the iot wireless module. Similarly, the most common type is a USB adapter. Such devices have a look similar to conventional removable flash memory media and need to insert into the appropriate USB connector.

There are also PCI adapters that plug into a free PCI slot on the main device. This form factor is most commonly important with laptops and tablets.

What will be the connection speed?

The connection speed directly depends on the supported WI-FI standard. For example, standards such as 802.11 a / b / g allow a theoretical speed of up to 54 Mbps. In practice, this value decreases several times due to a number of factors (including the presence of foreign devices emitting radio wave signals).

Consequently, playing video games and using applications like Skype can be quite problematic. The best way out of this situation is to use an iot wireless module. Furthermore, it supports more modern wireless networking standards (for example, 802.11 n). In addition, it provides a theoretical connection speed of up to 600 Mbps.

Range of action depends on…..?

In difficult environments (indoors and "noisy" environments), the range fluctuates within 50 m, and outdoors - 100 m. There are models of iot wireless module with powerful directional antennas, the radiation radius of which reaches 170 m indoors.

There are models of WI-FI adapters specially designed for joint operation with TVs based on SmartTV technologies. Now modern WI-FI technologies provide opportunities for using SmartTV. 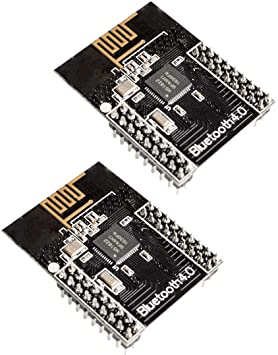 By connecting a WI-FI adapter to the TV, you can communicate via:

The main advantage of this device is its size. Often the size of the adapter does not exceed the size of a regular flash drive, which makes it extremely convenient to use. Instead of laying a cable system, it is better to use this miniature device that will provide a mobile connection to the Internet throughout the room.

Relatively, iot wireless module is of a short range of signal reception and transmission. In an office environment with a large number of network equipment and concrete walls, the signal from the WI-FI adapter may start to fade at around 20 m.

Even the PC to which this device has connected creates significant interference with the adapter antennas. To minimize them, you need to connect a special USB extension cable with a cable of 1 m or more.

When installing a WI-FI adapter, you need to take care of a secure Internet connection, for example, configure WEP or WPA encryption. This task can be quite difficult for inexperienced users.

Some manufacturers provide these devices with external antennas. Often this design entails a quick breakdown of the adapter due to inaccuracy in use. Therefore, before purchasing iot wireless module, you need to pay attention to the appearance of this device in order to avoid its premature failure.

The distinctive features of Linksys adapters include:

Such a feature will provide users with the flexibility to connect devices. The familiar 2.4 GHz radio frequency band can be "noisy" by unauthorized devices such as mobile phones and microwave ovens. These adapters can connect equipment in the 5 GHz band, providing this is the optimal connection speed;

The developers of Windows adapters have taken care of compatibility with the most commonly important OS: Windows7 / XP / Vista / 2000. In addition, the adapter package includes a special CD-ROM with installation drivers. This in an extremely short period of time will provide a connection to WI-FI on client equipment;

Linksys has developed both models with USB interfaces and models that mount directly into a PCI slot on the host device.

Next:Wifi module mt7628: How to use step by step guide?

WE ARE HERE GET THE LATEST NEWS OR OFFERS:

WE ARE HERE GET THE LATEST NEWS OR OFFERS: